The object of physics research spans from the microscopic world such as elementary particles (as small as 10-35 m) to the whole universe (as large as 101026 m). It also covers how they came into beings and how they interact with each other. Physics is the most rigorous and precise discipline. Since Newton, it has established “the scientific methods”: quantitativeness and logicality, as well as investigation and verification. Experience with these competences had made physicists invaluable in the 20th century, and will continue to make physicists indispensable in the future. The knowledge found in physics research has produced many consequences in lots of fields, such as engineering, medicine, robotics to name a few. In larger scale, physics has even influenced philosophy, economics and arts. Physics has been and will be the utmost entrepreneurship in the history of mankind.

In the 20th century, physics has found a vast reservoir of new knowledge. This knowledge has led many technological developments, such as nuclear power, semiconductor devices, lasers, novel materials. The knowledge physicists are finding now is going to lead the advent of new civilization in the 21st century. The leading-edge technologies of today, such as nanotechnology, informational technology, biotechnology, would have not been accomplished without the help of physics. In fact, “physics” will play a major role in creating the creative and innovative technologies in the future. The faculty of the Department of Physics at Chungbuk National University consists of 17 professors from various fields of studies. The educational program provides two different tracks for students: the application-oriented technology track and the intensive physics track. The curriculum for the technology track concentrates on the application aspect of the knowledge found in physics and the competence which will be essential for the fast-changing industry. The students in this track are educated in an application-oriented manner. The education program emphasizes lasers, electrical circuits, semiconductors, biophysics, computational physics, surface analysis, etc. The curriculum for the second track will explore the ways of finding the new knowledge. Physics has the most powerful method to find the facts and truths. This track will emphasize how the science has contributed to the human civilization by offering authentic physics courses including mechanics, electromagnetism, thermal physics, optics, quantum mechanics, particle and nuclear physics, statistical physics, solid state physics, etc. Through our educational program, students will develop their abilities of investigation and verification, which can be applied to any potential projects in the future. 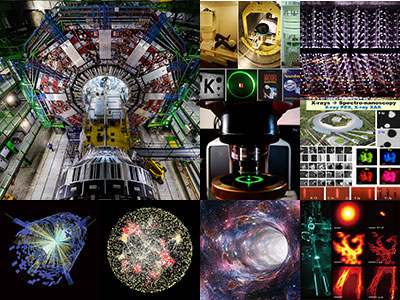